While their available weapons and armour are severely limited in relation to other classes – only being able to wield one-handed maces, daggers, staves and wands, and to wear cloth garments – the class does have the flexibility of being available to most races. 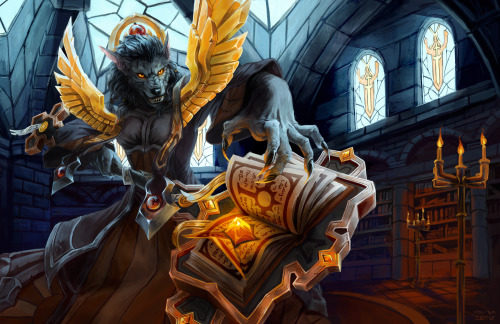 As of the Wrath of the Lich King expansion, blood elves, draenei, humans, dwarves, night elves, undead and trolls are all able to play as priests. With the launch of the Cataclysm expansion in late 2010 all races except the orcs will be able to play the class.

The priest’s basic role is to lead the faith of his or her people – as in our society – and so a knowledge of the lore of the race the roleplayer chooses is essential. Basic information on each race is given in the new character screen in the game, as well as on the official World of Warcraft website.

Night elf females often choose to become priestesses, and weave the lore around the goddess Elune into their RP. The Handmaidens of Elune are a roleplaying guild on the Moonglade EU realm which plays on this to great effect.

Anyone choosing to be a dwarven priests in Khaz Modan will preach the message of the Light to their people, and even the Forsaken have their own twisted interpretation of the Holy Light.

In roleplay circles priests could be used in many roles, from the very holy leaders of the faith to the slightly evil Cardinal Richelieu-type character, and many may find themselves called upon to preside at RP weddings or other ceremonies.

Why Choose a Priest? 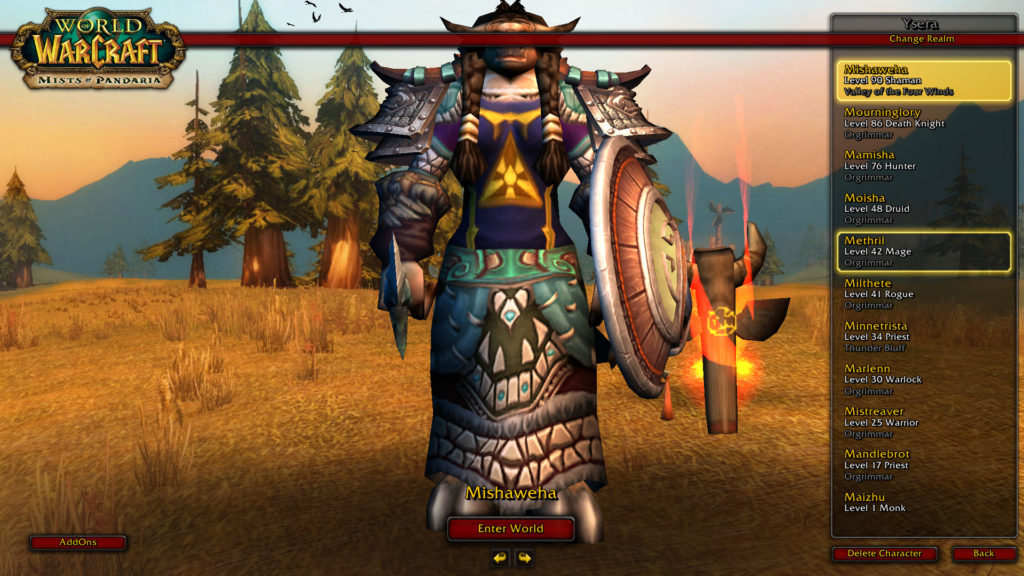 Priests are the game’s primary healers, with a vast array of healing, shielding and resurrecting abilities at their disposal. As such players who choose to play as a priest may have difficulty in solo-ing certain parts of the game, depending on the talent tree they choose to follow, but should usually be able to find a group happy to welcome them and their spells.

They will also usually be able to get into dungeons very quickly if they queue as healers, because it seems to be the hardest slot to fill. A good healer may well find themselves invited back again and again, which is also a bonus for people who are trying to level a character.

If players prefer to take on a damage role then the shadow talent tree provides suitable specs for that, and some priests prefer to level in that tree so that they can take on the hybrid healer/dps role.

Mages produce the highest straight DPS of any casting class in World of Warcraft. A mage can call upon arcane forces to turn living mobs into sheep. While a monster is a sheep it is incapable of hurting the allies of the mage in any way.

Playing a mage well can be tricky, but a player who develops a steady rhythm will soon find the mage an easy class to play, despite its lack of pet like its darker warlock counterpart. These mage tips will help.

1. Blink, Fade, and Freeze the Mage’s Way to Victory

The warlock may have a powerful pet summoned from the netherworld to keep the mobs away from him, but a mage character must keep his distance from the mob for full effectiveness. Unsurprisingly, the first mage tip is to use the movement, slow, and freeze abilities to keep mobs as far away from the mage possible.

When soloing with a mage, it is best to start out with a frost bolt which will slow a soloing mob down, cast fireball or arcane missiles for damage, and then cast frost nova when the enemy catches up.

In a move that distinguishes World of Warcraft from most other mmorpgs, crowd control abilities such as sheep can only be used on one target at a time. The second mage tip is not to play “musical sheep.” A mage should keep one enemy polymorphed until his group s ready to fight the mob. Polymorphing a mob into a sheep effectively removes it from the combat, but targeting another enemy removes that enemy from a battle but brings the original polymorphed mob back in.

3. Use Wands to Keep Mage DPS Up

This is even better advice for mages who chose the arcane branch of the class’s talent tree. Wands allow a caster trained in the use of wands to continue to damage an opponent even after the caster who uses the wand runs out of mana. The third mage tip, is not surprisingly, to always have a wand in a mage’s inventory. Potions may help boost mana in battle, but most potions have a two-minute cool down time and food can only be used outside of combat.

How to backpack in tight budget and travel world

The Difference Between RAM vs Storage and How Much You Need

Why is Rehydration Important?